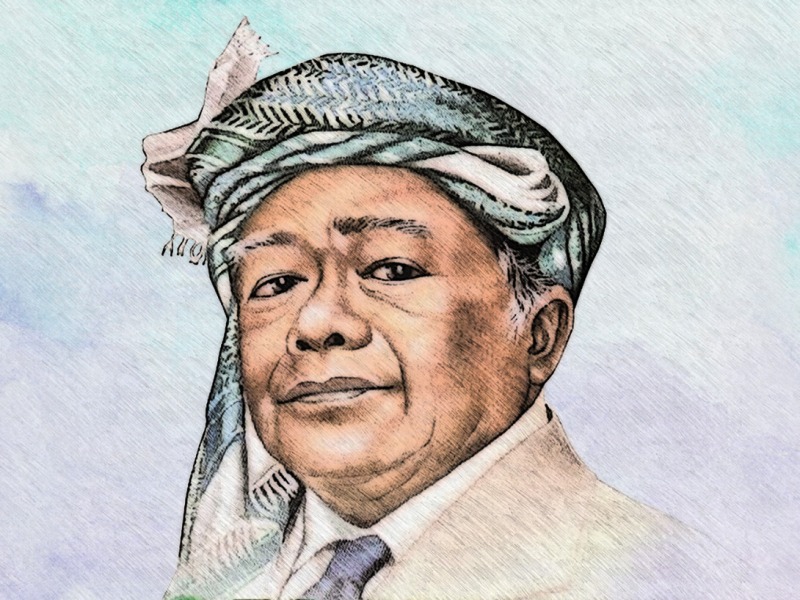 He is a figure of a da'i, missionary, and a very special Islamic figure in conveying da'wah to the community. In preaching, he first recognizes the object of da'wah so that the message of da'wah can be conveyed properly, precisely. He took a parable of da'wah like someone who would write. If he wrote on paper, then he had to use a pen and ink. However, if he wants to write on a board or wall, it is not appropriate for him to use a pen and ink. It is more appropriate to use a brush and paint if you want to write on a wall or board.

In delivering da'wah, Mr. AR Fachruddin has an intelligent and creative way when dealing with various da'wah challenges in the field with logic and even humor. There are several examples of his da'wah forms that seem intelligent and subtle. One of them is during the Eid prayer. At that time, Mr. AR directed that the Eid prayer be held in the field for the first time in Bleberan Banaran Village, Yogyakarta. Previously, Eid prayers in the village were always performed at the mosque on orders from Kiai Abu Amar, who is the father-in-law of Mr. AR. Then one day Mr. AR asked Kiai Abu Amar, "Why is the Eid prayer not in the field?". Then Kiai Abu Amar replied, "That's because the scholars used to pray also in the mosque unless the mosque was full".

Hearing this answer, Mr. AR had the idea to invite the entire Banaran community to perform the Eid prayer by encouraging them to perform the Id prayer which is only twice a year. As a result, Mr. AR's invitation was influential and the Eid prayer was followed by the entire Muslim community, so the mosque became very full and could not accommodate all the worshipers who attended.  Seeing this, Kiai Abu Amar called Mr. AR and gave an order to move all the congregation to the Eid prayer in the field because the mosque could no longer accommodate all the congregation. Since then the implementation of the Eid prayer in Banaran Village has always been held in the field.

Before starting tarawih, Mr. AR asked the congregation, "Ladies and gentlemen, usually the tarawih prayers here are held 11 or 23 cycles?". Then the congregation answered in unison. "Twenty-three." Then Mr. AR agreed, “Okay. Hopefully I will also be able to run as it has become a habit.”

Usually, the tarawih prayer in this mosque is finished at around 20.00, although the number of cycles completed is quite large, 20 cycles. And when Mr. AR became an imam at this mosque, he read long readings and his prayers were very thuma'ninah. Until 20.30 just finished 8 rakaat.

So Mr. AR at that time faced his congregation and asked again, "Ladies and gentlemen, remembering the time, shall we continue until 20 cycles or do we just do witr?". Then the whole congregation answered in unison saying "WITIIIIIRRRRR".

Mr. AR also agreed with everyone's laughter. After completing the tarawih and witr, Gus Dur said to the congregation, in front of Pak AR. "This is the first time that there is a history of NU residents in NU's cage being muhammadiyah en masse by a single Muhammadiyah member..." Everyone chuckled, including Mr. AR.